Are you sure you want to delete the post?

Gauntlet's mission is to help make blockchain protocols and smart contracts safer and more trustworthy for users. Building decentralized systems creates new challenges for protocol developers, smart contract developers, and asset holders that are not seen in traditional development and investing. Gauntlet is building a blockchain simulation and testing platform that leverages battle tested techniques from other industries to emulate interactions in crypto networks. Simulation provides transparency and greatly reduces the cost of experimentation so that teams can rapidly design, launch, and scale new decentralized systems.
Our goal is to make building an agent-based simulation for blockchains and smart-contracts as streamlined as possible. At the core of our infrastructure stack is a blazing fast C++ engine that allows us to simulate protocols, contracts, and network interactions millions of times faster than they run in reality.
You will be working as part of an experienced team that has developed simulation software for many other industries, including high-frequency trading, autonomous vehicles and ride-sharing, and the natural sciences.
ResponsibilitiesDesign and optimize the performance of the core simulation engine, work with researchers to implement blockchain security models for everything from Ethereum contracts to novel Proof of Stake protocolsUse modern C++ techniques and libraries to maximize the leverage of each line of code that you writePlay a key role in the deployment and research processes, getting your hands dirty with everything from ABIs to non-convex optimizersBuild large-scale, massively parallel systems to enable developers around the world to quickly iterate on blockchain protocols
Qualifications:Advanced experience with low-latency C++ systems from industries such as machine learning, gaming, algorithmic trading, and/or the computational sciencesExperience with threading and writing concurrent libraries Familiarity with Boost, C+, and C+ featuresAbility to work in both Linux and Mac environmentsBachelor's degree in Mathematics, Physics, Computer Science, or Statistics (PhD preferred)
Bonus Points:
Familiarity with numerical libraries and C++ machine learning libraries such as xgboost and TensorFlow
At Gauntlet you can work remotely or join us in one of our offices - we have space in New York and San Francisco. 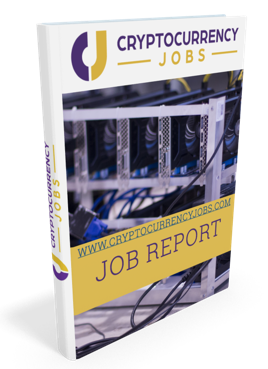